Showing posts from April, 2008
Show all

It's been a long while since our beloved John Abraham left all of us. Any attempts to confine his exceptional genius, who left us in unusual circumstance in adjectives or clichés are bound to fail. John never had friends or foes in the extremes. If anyone claims otherwise, it would have to be treated with suspicion. If someone describes him as a prophet who belonged to an extraordinarily lofty plane, I would tend to agree. Though older, he was three years junior to me at Pune Film Institute which he joined after resigning his job in L.I.C at Kumbhakonam, Tamil Nadu. Typically, first year students would be ignored as novices by their seniors in any educational institution. However, probably for his captivating personality, John attracted our attention and affection. There would always be a bunch of mates around the articulate John. Drama, Painting, Music, literature - be it anything, he had an uncommon grasp and enthusiasm. Sporting a playful smile he was a natural hitting
8 comments
Read more 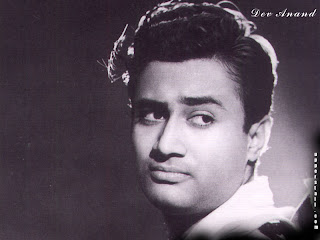 Supriya Suri Suave, Handsome, charismatic, principled, versatile, every superlatives and adjectives would fall short in the lexicon when it comes down to describing the enigma that is, Dev Anand. He is one of the greatest living actors and performers in the world. Dev Anand embodies everything that was once the glory and hey day of Indian Cinema, where a right dose of entertainment with social ethos embodied the, “ Golden Period in Indian Film History” and Dev Anand was one of the forerunners and torch bearers of the Great Indian Cinema that was once, truly remarkable and universal. After completing his graduation in English literature from Lahore University, he traveled to Bombay and gate crashed at Prabhat's, Mr Baburao Pai's office in 1946 after which he was auditioned by a director called P.L. Santoshi. He was signed for his first film with Rs 350 per month. The film was called, “Hum Ek Hain” based on national unity d
4 comments
Read more

CHARLIE, the vagabond- a brief sketch 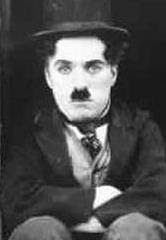 "A picture with a smile, and perhaps a tear..." - The tagline of, ‘The Kid’ Jean Luc Godard shot his tragedy in a long shot and comedy in a close-up, breaking away from the template established by one of his master forefather: Sir Chalire Chaplin, who said: “The long- shot (full shot) is best suited for comedy and close-up for tragedy, and utilized every inch of space, frame, to carve and perform set-pieces which even today can make million laugh and feel the essence of pure happiness and joy in every gag. Charlie Chaplin was one of the masters of cinema, he wrote, directed, produced, composed music, and was the public figure (publicity) for his own films; he was an auteur (artist) of the purest kind. The likes of whom are facing extinction in an era of, mass proliferation of images, sound and text- in the name of satisfying audience, which Sir Charles Spencer Chaplin Jr could do without compromising on any of his artistic integrity, and he was (and still is) one o
1 comment
Read more 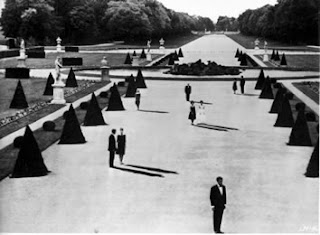 Osiris 83/ Jj 86 A mirage- not an illusion Can be captured, can be proven It's there, but isn't really- Refraction not reflection. Beneficial in its right… The euphoria suffused in her blood. Her mind was enraptured. Her body... tireless yet dormant.All she remembered were a few random conversations ... all she could see was an unfamiliar yet quaint corridor ... the paintings, vanilla ice-cream and an ivory tower. All being manifestations of her own mind, conjured by her subconscious. “What do I owe the pleasure?” “You are in trouble” “Who is it this time?” “Religious fanatics .... Feminist groups .....” “Drink? I've got Bourbon ... and.... bourbon” “Bourbon ----- rocks” ... If acknowledged by a sound mind In a sense affecting the vision Though incentivizing the mission Inspired, motivated at the sight of the horizon Humans faulter, breed hope, trudge fiercely, denying all reason. In the darkness, close your eyes, mirages fade at night Sleepin
3 comments
Read more 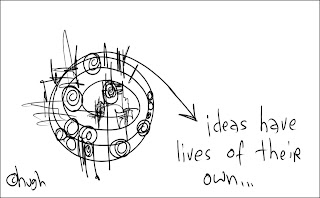 The Belgrade Manifesto was initiated by two American Filmmakers, Nora Hoppe and Jon Sanders, at the Belgrade Festival of Auteur film. Nora Hoppe has lived and worked in Europe, and is currently based in Berlin, and Jon Sanders made a Western in Canada(Painted Angels 1999) and lives in London. The manifesto highlights important issues that has been plaguing the film industry world over; due to the globalization of Hollywood marketed images and visuals. So spread the word, and sign up, in support of the Manifesto. An excerpt from the manifesto:- “I am convinced that if you start by saying ‘I'm going to destroy everything, I'm going to be modern’, then you won't be modern. You can be modern, and must want to be so, because you must contribute something, but you can be modern only by humbly following your predecessors.” — Jean Renoir There is a crisis in cinema today, a deep malaise, a feeling of artistic exhaustion, of p
Post a Comment
Read more
More posts