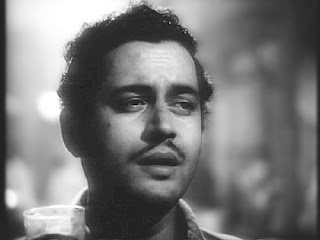 When Guru Dutt in Kagez Ke Phool comes to meet the Producers who wants him to make movies their way- and refuses, the scene, the light, the camera, the emotion and the acting lifts and arrest a person to an enchanted level, not only the emotions can be felt in the throat, but also in the mind and soul, this is the power which the Indian Cinema possessed. And now we severe lack. Turn on any movie from last year, and sit throw them and not one image would be enchanting as it used to be, they will appear just an image, like any other, no purpose, no weight just their to act as filler. All camera movement will be the same, from one director to the next, it does not matter who is the director, after all in India anyone can direct a film, actually everyone is directing a film this days, and it’s another rich man’s option. Everyone is a filmmaker, but not one of them understands the power of creation. Cinema today stands for Storytelling; a notion largely popularized by Hollywood and
1 comment
Read more

The Killers are here. 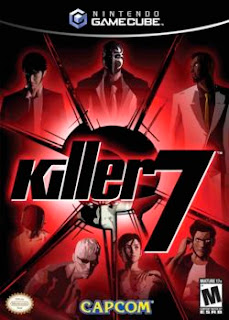 MOJO RISIN A review of Killer-7 On the stroke of midnight, I had a real hangover. It was headstrong; it hurt my head hard. I got up, put down the controller, and removed the Killer -7 disc from my console. I had been playing this game continuously for more than three days. I had an inner calling or desire to finish this game, I really did. What did I get from spending three nights playing one of the most fun- idiotic- psychotic- headstrong-frustrating, which slaps you, hard in the face game? Challenge. It stimulated an inner zeal, and I had a sudden urge to accomplish the impossible (Yeah, playing through the game seemed like an uphill task). Mind you people, I really was not having an emotional connection, and if some of you really experienced an emotional connection with those cold-blooded- hard-hitting assassin. It could be called a “Fairy Tale”. It is only after completing the game one does realize the true greatness of this game. Hideo Kojima says that a “videogame story” is
Post a Comment
Read more

Underground. Directed- Emir Kusturica The two times Palm D Or’ winner quipped, “I always hope that I’m not so bad”, at the party held after the remarkable screening of the film, at the Cannes Film Festival, and the Serbian flair of trumpet, horns and songs played while the crew and well wisher danced to the tune; the movie had ended with a standing ovation. Underground is unlike any other film I have seen, it’s got the humor and flair present in movies like Life is Beautiful and Dr Strangelove, and at the same time it’s got a mix of documentary and fiction like none other movies based on the horror of war, it’s a cross between tragedy and comedy, basically the movie is a tragicomic satire. Where Life is Beauitful and Dr Strangelove fails the movie succeeds, what movies like Saving Private Ryan, Schindler List wanted to achieve this movie achieves, and where Communism and Capitalism clash this movie deals. Underground is a tale about two friends, and their journey through World
Post a Comment
Read more
More posts