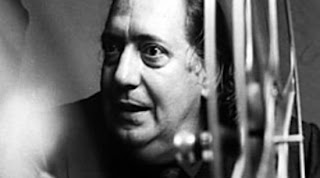 The title may sound like Fritz Lang's M, but it is no where related to the great film maker’s masterpiece. So, then, who is P, you may ask? He is a man, no greater than a man, no greater than other, but no other is greater than he. Moreover, unlike Orsen Welles mystery Rosebud, P is lot cooler and alive in flesh and blood. Perhaps to better illustrate and explain the man, the one person he resembles not in size but in his contribution to cinema is Henri Langlois. Though both their path’s and their methodology are different, but one thing that binds them is their passion and love for the medium.

I bumped into P in a very peculiar fashion; I was wandering around in search for Ozu and his works, after having read the Tokyo Story review by Roger Ebert. It was way back during my 12th standard board exams, while the rest of my classmates were busy studying Physics. I was busy reading film reviews and articles between those thick science books. No wonder I barely managed to pass my 12th board exams, but marks mattered a shit to me. And even today in college it never does. Though, to my parents it does, and that’s shitty, but they have their reasons. However, during that period, what I learnt about Ozu and cinema meant more than the entire science book could ever teach.

Yasujiro Ozu was my hero, my god, and beside a picture of Che Guvera, I had his picture stuck on my door. I remember my mother getting a shock of her life, when one fine morning she saw me holding incense stick in my hand, and praying to these two pictures. ( Well, I didn’t know about 400 blows then). The cinema bug was already smitten deep within me; I knew I had to find his movies and each day as I read more, the enthusiasm to watch his movies increased. One fine day, as I was on the look out for Ozu and his works, I was standing beside a woman at a shop, and I overheard her saying, 'Fellini' and 'Ozu', I was frozen for a second, and then I mustered all my courage to talk to her, luckily she turned out to be a teacher who taught cinema at a prestigious institution in the country. She wore a black coat and had huge dark glasses, and clearly resembled Bridgett Lin from Chungking Express, except for the golden hair. In retrospect, she seemed more of the intellectual-socialite-sari-wearing-big-bindi-aunty more than anything else. She didn’t show much happiness in talking to me, and quickly walked through the halls and corridors, I decided to follow her for unknown reason, and landed at the .

P has been a great source for providing tons of cinephile and genuine movie lovers with the access of rare, obscure, latest art house movies. Beside his stockpile of original movies is something to be believed. From Criterion Collection, Arte, Artisan, Tartan, Artificial Eye you name it, P has it. Now the million dollar question arises. Is P promoting piracy? Technically speaking “ yes”, but if you look at the whole scenario of living in India and being able to get an access to this movie, I would say hell no. Not only that, P is living, breathing collector of “ORIGINAL” movies. His love for Cinema prompts him to share rather than Pirate. Piracy is mass making and selling, which he never does, he barely must be recovering the cost for the original which he purchases and imports. And in the land of trashy and half baked movies, P is the only source of good cinema.

People could cry foul, but that’s not the case, for those people would never understand what it means for young cinephile and cinema lovers across all age to watch movie’s of great filmmaker and have an access to them. What it means, to get an access to this movies, I fail to express it in words. If those companies and individual who are against such acts, they should all open stores in , and nominate P as the head, and I’m sure he would sell more genuine copies of the movies, then one could imagine.

He purchases original movies, shares his ideas and insight’s on Cinema and genuinely prompts Cinema. Besides, above all, for all those people who can afford the originals he has made sure to stock enough of it too. Henri Langlois preserved and shared and showcased movies at the Cinematheque, he had the help and support of great people like Georges Franju, Jean Mitry Georges Melies and the government. We have none of that here, except the contribution of one man to promote the movies of luminaries and make sure that people who appreciate Cinema has access to them, and all from his own little private funds.

Unlike most snobbish pseudo-intellectual artist and people around here, P is soft-spoken and genuinely speaks very less. He is a man of faith and passion, and he is a man of Cinema. Just day before yesterday, I asked him why he doesn’t have a strong documentary collection, he said, he didn’t have a thorough insight on documentaries. And asked me to tell him about few good documentaries and stuff which he should watch and collect. If the Cahier Du Cinema gang grew up at the Cinematheque I can proudly say that I have grown up watching movies presented by P. And I’m sure here there are tons of other people who have come across this person. For him Cinema is life, and life is Cinema he puts every ounce of his earning into purchasing movies from across the globe. And providing it for cinema lovers, he is a messiah. of people must be thinking he must be making big bucks from the movie he sells, but recent words with him revealed how he hardly makes money, but invest each penny in getting the best. And I would certainly agree with him.
If Godard, Truffaut and people could storm the streets to protect Henri Langlois from being sacked, we would do the same thing if something of happens with P. Perhaps, we all are waiting for the time when we can join hands and together promote cinema, and help P walk out of the dingy place, into a Cinematheque of our own, and move beyond the clouds of red-tapism and snobbish intellectual which clouds our heartland. Till then fight will be on, and the day is not faraway when P will be sung as a hero, by the New Wave Indian Filmmakers to come.

Aayush "Gravito" Shrut said…
Excellent post again,keep it up.But personally i feel that we can't live without COPY PASTE,and we do that all makes the difference.Reminds me of a quote from Robert Frost:-
"I took the road less travelled by and that all made the difference"
November 30, 2007 at 10:26 PM