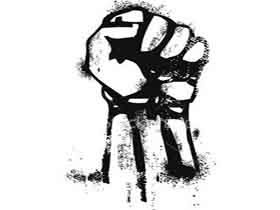 * Our cinema screen has become an ill-constructed, and conventional portal to a world we aspire of, rather than a mirror, which reflects us.

* Our emotions are guided by leitmotifs placed deftly, and religious beliefs exploited.

* Our spirit of inquiry has become dead and we have been reduced to mere receivers in the process.

* Cinema and television has replaced interaction with imposition of thought. Its thought. An artificial, fake and ill-created thought, a manifestation of our needs to escape ourselves.

* The medium has become a symbol of cheap entertainment, devoid of any examination of the form, and a victim of our collective need to create personalities, perfect alternate universes, and images of our aspiration.

* Our criticism has become trivial. Stories take precedent over the intrinsic qualities of the cinematic medium.

* Our film lovers are snobs, indulging in their wholehearted pseudo-intellectual diatribe, condemning the ignorant, and the ignorant have become so used to a cinema that’s meager that they are satiated with films from the West.

* Our parallel offerings remain strictly entrenched in the tradition of the mainstream, and hence, are versions of the same, rather than its replacements

We reject a system that encourages the above, despite its realization, and seek:-

* To incite discussion on the possibilities, limitations and viability of the application of the auteur theory as a critical prism.

* To use criticism and our theories to both champion and strive for innovation and cutting edge in form, form and content

* To attempt a formulation of a pure love for cinema, a middle ground between the pseudo intellect of the snobs, and the ignorance of the unknowing, and attempt to mobilize their film loves to this new ground.

* To attempt a critical theory that moves beyond the supply of the story and the statistical rating points.

* To observe, notice, and champion upcoming films, filmmakers, and technicians, who remain obscured in the looming shadows of commerce and a faux parallel cinema.

* To champion cinema that creates dissonance, repulsion, interpretation, confusion and discussion rather than loud claps, whistles and scrupulous satisfaction

* To work towards a film love which adopts a middle ground, to reinstate the cinema director to his deserved position, to celebrate Indian cinema of the past and the present, to examine its potential, we propose "The Delhi manifesto.”

Kavita said…
Guys waiting for the new issue and the website/forum discussion.
October 8, 2009 at 4:06 AM

Ravi Ranjan said…
Looking ahead for new issue. Hoping it comes out now. IA's take on the recent Hindi releases are important.

like you, i am also a mass comm student and love to watch movies....

as soon as i read about u on the website http://timesofindia.indiatimes.com/city/delhi/New-age-film-critics/articleshow/5160888.cms, i made made up my mind to join the group tht u and supriya is handling. Since, i dont knw much abt it, i wanna learn more. Let me knw if i can be a part....