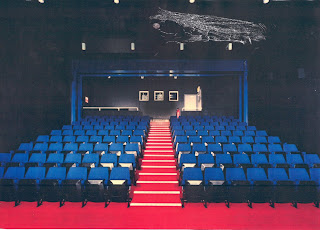 On March 30th, 1955, Truffaut published in Art a tract entitled “The French Cinema short on Ambition,” wherein he suggested precise rating of the “89 French Directors of the day, whom he divided into five categories. I had just finished watching most, if not all, works of past and contemporary directors of Indian Cinema. This works range from the Avant Grade films of John Abrahm to Farah Khan pastiche 70s curry antidote, Om Shanti Om.

I, confess, I must have missed few noted Directors and a number of them from Telegu and Tamil Cinema- Since I’m yet to get familiar with a lot of film from South.. Yet, from whatever I have seen till date, which includes more than 500 Indian Films ranging across language and Directors from experimental to commercial. I decided to lay down the “Directors “according to the five broad categories laid by Truffaut.

The basic rule of thumb used to categorize this “Directors” was by looking at their body of work, their theme, constituency, personal stamp, mise-en-scene, honesty and Star Power. At the same time ,it was important to understand under what social and economic condition was the film made, this fact really helps in dividing an important line between truth and deceit.

Another important element in my classification was to understand whether this film represent or show anything about the era or milieu they were made. Can I relate it to anything I have seen in life or read in fiction? Does it belong complete to Cinema and if it does, What is the power of image? And how did the Director achieve it. Every film and its inherent theme could have a counterpart in World Cinema. So, I also looked ,and compared two films to understand where a Director lacks or shows a distinction from where the material could be copied or was it influenced. It also allowed me to put two pictures of the same theme and weigh it accordingly.

I was also interested in knowing and understanding under what economic condition and freedom did the “Director make this film” , was he backed by a studio to deliver the film or the money came from various Productions, each and every thing counts in determining who fits where.

I know their aren’t any hard and fast rules for finding objectivity as such, but all opinions are purely based on looking at the body of work from various angles as mentioned above. And I tried to bring out an accurate portrait where things stand today.

I suggest to all people who read the blog or post to send a feedback and suggestion so that we can really improve and create a certain discourse over the works and standing of “Directors” in Indian Cinema.

I have included few films along with the Directors name, due to my in -ability to understand HTML(As the blogger keeps giving an error) there will be a slight mis-match between the Director column and Films.

The Representatives of Quality

I did not get the list of Dishonest directors. Why? I understand that Bhansali does label his movies as art-house and they turn out to be nothing more than run-of-the-mill masala shit but Karan Johar? Although I have a hatred for that man but he has always claimed to be a commercial director.
February 26, 2008 at 1:53 PM

nitesh said…
Man tried all shit, but the fuck yeah I couldn't get it right- there is an HTML error as I try publishing.

Yep, Sai Pranjpe... I knew some would point it out. I knew I'm missing few people...Thanks Again.

Mira Nair, Shekhar Kapur, and Deepha Mehta I haven't included because of their body of work not entirely being made here, so it was difficult to categorize them under the same banner. Even though they are Indian filmmaker, I found it difficult on my part categorizes them.

I was really confused about Karan Johar. But what really put me in this category was his new commitment to tell serious or mature stories whether as Producer in Kal ho Na Ho, or as a Director in KANK, tackling issues which he believed are important and profound, but his in-ability to really mould them into a good film putt’s him in this bracket. As it was again nothing more than the same commercial work.

For people like Subash Ghai it was the loss of individuality from Pardes onwards. And same goes for Vidhu Vinod Chopra a talented filmmaker, snobbish about his cinematic up bringing and tradition but after Parindea all his works lost the honest, integrity that he so blunty stood for.
February 26, 2008 at 3:43 PM

Anonymous said…
Cool.
ps- Is aamir khan too 'mainstream' to feature in the purple/green list? :)