A trip to the moon- Shin Megami Tensei and beyond. 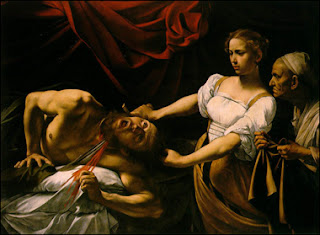 I do not fall under the genesis of a very pious person, but somewhere deep inside the mysticism continues to stick and sail through likes a dusty whirlwind sandstorm. I wonder, is it worth pretending that I am happy. I was wondering what had really struck. I still could not believe that modern day had turned into a post-apocalyptic wasteland. In addition, the cliché of fight between good and evil could be true.

I, for one, felt a revolt going inside my head and the kick-heal-guts had left me had left me cold hard by now. I wanted to, but could not help feel unctuous, as if my reflection had a sudden makeover. I felt the tendrils of hope drying up. The canoe of life had sunk in the falling darkness. My fear of Nyctophobia allowed my conscious to play mind games with my soul. Is it the “Fear of Darkness” which is getting me, or am I suffering from a phobia of an internal soul reader. I could never come up with a logical explanation. So, what Yuko had said where true (that the world would disappear), to me her words now seemed genuine, as the world now was locked in a temporary embryo like state. Moreover, only the strong survived and the weak were left to die. This, vortex world, was now being ruled by demons sprits and the undead.

I knew now that I had finally turned into a Megaton. I realized that the demented reflection which I had thought was my alter ego, was part of me. It did feel like being stuck in the “Nuclear Binding factor” of life, raring to stick, and break away for freedom. I know, it is hard to articulate such a feeling, suffice to say- it s just gets under your skin; affects you and engages you in the search for truth in life.

I could trust no one, not even myself. Even my instincts sometimes lied to me. The world turned into a satanic evil populated with demons. I was now part of them. Though, mentally and spiritually I was the same old person, but physically my skin was now covered with shaman like patterned tattoos. At least, this signified my transformation (it did allow the demonic world to see me know, as one of them) into an evil creature. Even then, deep down, I felt more like a hypocrite than a true devil. Moreover, the newfound powers (melee attack, magic abilities, and special abilities) brought in a ray of hope. Paradoxically, it’s the demonic summon power to interact with all demons and undead which had rejuvenated my failing spirit. I knew for sure, that I had been manipulative and a good talker. Furthermore, the name of the game here to succeed had to be talking my way out. The power to talk and get these demonic enemies on my side had me sucked into learning more about them. It is very baffling, at first, to understand what is happening, as nothing seems the way it actually tends to be. On the contrary, these demons turned out to be more intelligent and superior than I thought. 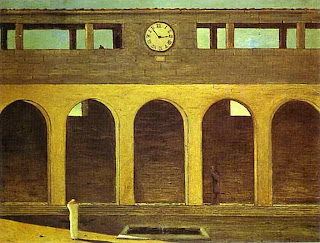 I came cross a glowing moon called Kagutsuchi -by the demons. Kagutsuchi has a direct effect on the demons, unleashing out a supernatural energy that attracts the demons towards it, and has an adverse affect how it reacts… It’s then I got my manipulative self-working, trying to unleash my inner views and let, the devil joins my side. That was the only way I could make allies and my increase my chances of survival.Kagutsuchi played an important role in the lives of the demons. How they reacted with me; depended on the energy of this moon, as it had an adverse affect on them.

Man is a social being, and I had been a “social” being once, and now transformed into a demon. Therefore, having friends who are low-filthy-demented- malicious- devils felt shallow, but when survival outnumber choices, there are no turnaround. Just the feeling of death seems more genuine then last survival attempt to bless life. I stared in disbelief when real human behaviors where flowing in the veins of this demons. Seriously, the greatest of all human tragedies selfishness, greediness and bullying had crept into the demonic world. I wanted to kick the shit out of those demons (it is the very same felling you get when you re bullied in real life) but you cannot help, being a puppet of an ongoing show. Unlike the lost world, this alternative world never treated me this way. I stuck and followed the three paths of my way of life karma, dharma, and justice. The fact of the matter is that not all demons are greedy and selfish, and like the lost world, they tend to be bastards lurking everywhere. I still believe money is not owned by anyone, however, to find my nirvana I had to pay to get various services form my fellow compatriots (demons, spirits, and the undead) now. I could not help wonder, whether it is the money, which is making it more evil, or the piece of information that could be true.

I am no forsaken evil being, and I did have the heart to help the demons who begged. I did allow myself to swash buck and suck the hell out of demonic evil who decided to battle it out with me. Just like men-kill-men, the same rule of life is followed in this, “Nocturne World”. Everyone is trying to prove there superiority, and that is when few good demons beg for help. Yes, real help, this does not happen always. After all, we all had the pre-assumptions that the demons are meant to be evil. “God-Forbid”, it’s puzzling even to think of things like that know, but I had been an agnostic before this incident. Now I was devil myself, so that meant I lie in hell, right next to Lucifer. Definitely not in my case, as I tried my best to help weakened enemies. Therefore, that they would in turn help me. Alternatively, I was allowing myself to follow the path of karma even when I lie in a pothole of evil. By now, I was beginning to uncover the spiritual truth that had me baffling over the course of time.


My would be companion (demons), would sprung up questions on life and the general truth about happiness, power before deciding to join my sides. Does happiness come from power? Power to rule, to dictate, so that the people around you beg for survival, personally, that was not me. I never tend to belief that. My karma, dharma was a lot different, which would often please the demons and they were happy enough to join my company. I know it sounds complicating, but life is all about adjustment. In addition, utilizing the best you have, so all I had was brains, fights, and an urge to find the truth. Just as all human beings were similar, yet different in thoughts, perspectives and way of looking at life, the very same fundamental truth happens to be part of these creatures too.

I was jostling between the paths of an eternal peace and chaos, which forced me to be keen in my judgment…

“ Why did you stop” the editor said

Nothing, I quipped, I could not come dive in further

“You said, it was due to some kind of Disk”

I was in a state of conflict. But I wanted to be a free spirit, a free man

Here I said “Take this, but remember there is no turning back”

“I think I should leave now, will my story will be printed”

“You still don’t believe me,” I said.

“Later...? Isn’t the magazine all about truth?”

“One last word, there is no looking back once you there”

“As, I told you everyone will see the world with their own perspectives”

“I will keep that in mind,” he said half-heartedly

I knew my time to be a free man had come. I walked towards the elevator, and looked back for one last time…. Yuko…stood there smiling back at me.

I rolled up my sleeve; the shamans like tattoos were gone.

Tears rolled down my cheek…I knew I was a free soul now.