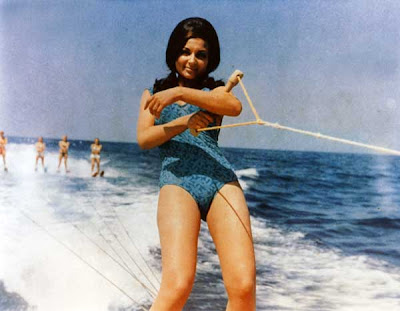 Shakti Samanta directed first feature film in 1954 and started his own production company, Shakti Films, in 1957. In all, Samanta has directed 43 feature films: including 37 Hindi, and 6 Bengali films. His best known films are: Howrah Bridge, China Town, Kashmir Ki Kali, An Evening in Paris, Aradhana, Kati Patang, Amar Prem, Anuraag, Amanush, Barsaat Ki Ek Raat and Mehbooba. Seven of his films won the Filmfare Awards. Shakti Samanta is credited for starting the trend of making double version films in Hindi and Bengali with Amanush in 1974. Shakti Samanta also made the first co-produced film between India and Bangladesh in 1984. 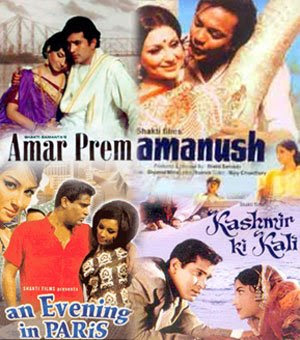 pic- Sharmila Tagore in an Evening in Paris.