When Aliens took away Julie 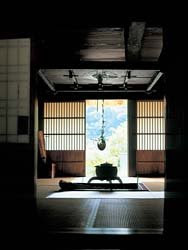 Five meters long, four inches in thickness, round, fresh and at a cheap price of one dollar for a dozen- Julie loved slicing those cucumbers between her legs. The soft moist wet seeds when touched against the soft cones of vanilla ice cream, as she often described them; flowed in such harmony that she let out a soft cry. Julie could feel her body tinge and turn- she let out a moan- the fresh cucumber juice filled her moist inner desires and gave a sensation unlike she had before. When the juice and desire sank in, she took out her favorite Parisian cigarettes and formed halos above her head, in the sparse medallion styled apartment in downtown , Julie lived among art, sculpture and dreams. She could have been a model, with the anorexic body and small pear shaped breast, yet somewhat; her preoccupation was more with how art sublimed with architecture that she never fit into any broad category. Nor did it bother her a lot.

Her flat was meticulously principled according to certain parameters of mathematics, which she believed, was like one of her idol Ludwig Wittgenstein had designed. It had two room intersected at such an acute angle, that most people, wouldn’t believe that rooms and living space of such exogamic design could be fathomed. Yet, she seemed, to do thing her own way – abstract yet sublime, the way Gianni Angelli mixed his dressing aesthetic. She hated a routine, that’s one of the reasons she did things out of the extraordinary. During one her exhibition at the MOMA (), she ran naked wearing a Guy Fawkes mask in the museum. Ever since the scandal, she had become an institution, an emergence seen as vital as Marcel Duchamp, “The Urinal” by most Art critics. But Julie always wondered the case of post-modernist-rambling, as beneath the brass, outlandish, abstract design of her works, her life moved at very peaceful rhythm. She always described the moment alone in her house like living in rural Japan, where you could sit cross-legged on the floors, sip tea, fell the fresh air running up and down your nostrils, and the sound and sensation of your breathing could drown the emptiness and stillness of the place.

Though things in her life, were more claustrophobic then peaceful- and her dislike for routine, always brought in a sense of excitement in the life she wanted. Perhaps, she was confused, at one end she wanted rural , and at the same, she wanted randomness- to poles unlike each other. She preferred the idea of lying on top of man and feeling the insane pleasure of driving down his mantle then letting the man enjoy the conscience of driving down the car at her home- She never felt a need to be feminist or an advocate for any cause. The way she lived, talked, moved, touched, kissed, cursed, and fought was unlike any woman in the world – simply because she was neither being a woman nor a man- she preferred being a human being

Her installation drew large crowd, during one of her recent exhibition at the Tate Modern London, the police had to be called to control the crowd- It was like a mad rush one usually witnesses for a rock concert, the media was crazy, people were crazy, and the tickets were sold within fractions of second. Her exhibition had caused mass hysteria, even before it began- as she had decided to stay naked in a glass house- and to be on public view round the clock- performing all chores-and visiting the restroom too was part of the show. Though the exhibition went out of hand, after, mass protest was carried out by the feminist, a section of the public, government officials, mothers, wives, girlfriends, everyone wanted her to get dressed again.

The night before she was to be evacuated, she had a strange dream. She saw herself in a white room surrounded by revolving nude pictures of woman, there was something very peculiar about them all, and it had the picture of their soft moist vanilla ice cream which Julie recalled. And every picture was transparent, as if one could feel, smell, touch and look deep beyond the thin layer of photographic image. Something about the dream was extremely disturbing for her. When she woke up early morning she had an urge to dress back in her lingerie fearing from something she didn’t know.

…. the short story, will be updated every Sunday, and conclude end of April. A new author will pick up from where the chapter had ended. At the end of the month, every author will provide his/her own conclusion.


When Aliens took away Julie