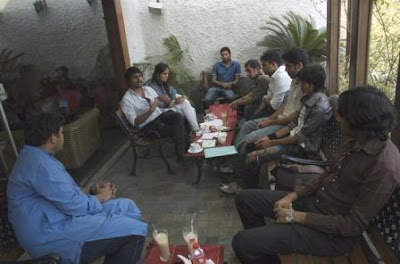 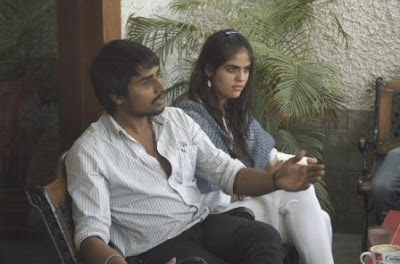 At the beginning, there are questions. People, some cynical, some supportive, often ask them. The common concern is ‘why’, and not ‘what’, or even the generous ‘how’. As Delhi baptized itself into the series of Cinephile meetings across the nation, in a small café atop a bookshop in the heart of the city; people gathered to assuage their skepticism.

While Delhi planned a glorious debut, it turned out to be a sedate induction of sorts. The topic, “State of Indian Cinema & The Massive Success of Slumdog Millionaire”, was bound to invite divided voices, based purely, on the accessibility and its presence in the public domain. Rapidly a thing of the past, but when it wasn’t, Millionaire was a film that belonged to everyone, and to everyone’s dissertation of it, thus. People from all over, journo, students, social activists, producers, actors et cetera made their way to the meeting spot, to both voice their opinions on the subject, and to inquire, about the curious topic called the Indian Auteur.

“The problem of the film lies in the language. How children from the slum learn such chaste English, is beyond me”, said Sai Abhishek, a vocal participant in the meeting, and thus reflected an issue, beyond many others as well. Thus initiating, also, a debate on the logical directions (or mis), taken by the film. Its vain co-incidences aside, the patriotic heart was offended by its selective depiction of the ‘slum’, and its convenient ignorance of the ‘rest’. A lot of heated debate ensued, upon topics as diverse as cinema’s linguistic demands, instances used being from as far and wide as Schindler’s List where the Polish & the Germans, spoke English, to Gandhi, where Gandhi, spoke in the Queen’s language. A common consensus could be reached, only upon the conclusion, that such trivialities open themselves to debate, only when the film is not crafted well enough to make the viewer’s attention bypass them.

As the gathered filled themselves with caffeine, cinematic preferences were shared. A wide range of directors, from Kubrick to Godard, to Dasgupta, entered the discussion in the form of mere mentions, as well, as detailed eulogies. Read Further 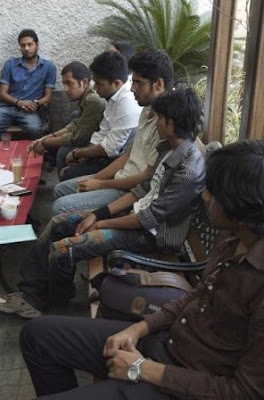