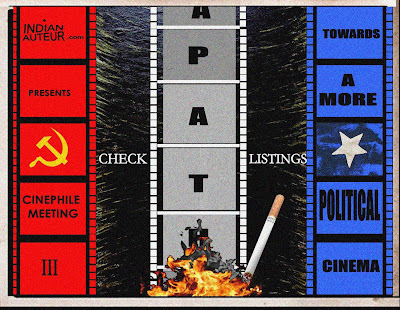 Invisible India is the elephant in your bedroom, what we should be talking about is the Blind India that can't see this elephant.


Topic: A more Political Cinema and awareness.
With the elections round the corner and the current strike in Bollywood, the truth is out for all of us to see- how badly our movies fare. And it’s not essentially what Bollywood feeds us is what audience wants. Hence, this meeting is to discuss on how we can take an active role in supporting the right films and create an awareness regarding the role cinema can play in highlighting issues, that are not part of any media. It's important to understand that the role of cinema should not mean reducing it to the purpose at hand.

Lets create an awareness friends, not that anyone is taking away peoples right to freedom or a choice at entertainment but India today needs to engage, question and our generation needs to wake up. So for every film of Sharukah Khan we should have a counter cinétract on Dr Binyak Sen. A balance of image is necessary else someday or the other we all will be eaten up. And never know what hit us.

The ongoing Bollywood strike is a clear indication to the amount of crap the industry releases every year. Now all major parties involved(Producers, Exbhitiors and Distributors) are fighting to make the maximum out of the " few " hits every year so that more sequels, prequels, comedies and Hollywood copies can be feed to the Indian audience. All Hail Bollywood, the greatest Industry on mother earth. The home for the audience, to the audience and by the audience….an oath all filmmakers and producers swear while making movies. I admire their love for the audience esp when they go all out and shoot in foreign location. To give the audience a taste of shores they would never see. Or how much our producers love audience so they invite Kylie Mingoue for a dance number; because we want her to dance here, its an achievement in Indian Cinema. How Noble. Perhaps, they don't realize that the cotton of the designer clothes they wear comes from the families, victims and the suicide of farmers in India, but, then again, who cares. Bollywood is for the audience, to the audience and by the audience, who are farmers anyways.


+ Places were last month meeting/ discussion on Film Criticism could not take place will take place this time. If anyone is interested in organizing on in their city or being part of the upcoming meet please email on the following addresses.

* Dates, venues and timings are subject to change 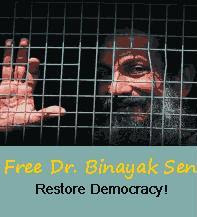