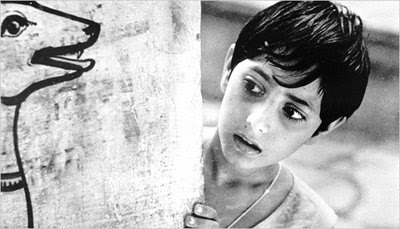 Film-maker and critic Chidananda Das Gupta, around the time he published his definitive The Cinema of Satyajit Ray ,' pointed to a slight problem he was having with his mentor:

.. the Golden Lion of St Mark in Venice, the Golden Bear and two Best Director awards and a special jury award for the totality of his work in Berlin, the Selznick Award, the Sutherland Trophy, Best Film for 1957 and Best Director of the year 1959 at San Francisco, honorary doctorates from Oxford and London Universities, Most Outstanding Film Director of Half-a-Century citation from the British Federation of Film Societies, and innumerable others that Indians have stopped counting. . . The depth and extent of the western response to Ray often mystifies Indians; he is great, but is he that great? Sometimes even his ardent admirers at home are baffled by the chorus of praise abroad that greets those films to which their own response is lukewarm.

Ever since Ray made his influential Pather Panchali / Song of the Little Road (1955), and then since its even more influential New York release the following year, his cinema has set off a variety of contradictory speechlines.

There was the classic 1929 Bibhutibhushan novel on which the film is based, chronicling the history of pre-war Bengal through the story of a young lad who leaves his village for the pilgrim city of Benares, eventually landing in Calcutta and on a ship bound for South America. There was the film itself, whose four-years-in the-making story has become part of Indian film legend. Then there was the filmmaker, ancestrally associated with the landed gentry of north Calcutta and its nineteenth-century reform movements, Shantiniketan, Tagore, mass communication and commercial art, the Calcutta Film Society and Renoir's The River (1951). And there was the film's reception in the USA Read More