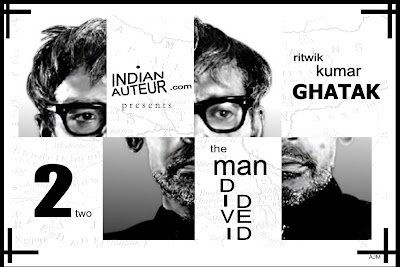 Our second issue is dedicated to Ritwik Ghatak who was not just a visionary, but a poet. One, which world cinema lost too early, he was an original filmmaker whose only wish was to reach the masses through the medium of films- A dream that is yet to be fulfilled.

I feel angry, frustrated and sad that the films of our cinematic forefathers are in a sad state of affairs. The legacy of Satyajit Ray is preserved because the Academy of Motion Pictures have helped in restoring many of his works. But, masters like Ritwik Ghatak and Mrinal Sen are not in such favor.

The Cannes Film Festival 2009 planned to organize a retrospective of Mrinal Sen’s Calcutta Trilogy in the classic section. But the condition of the negatives is so poor that they are not fit for screening. This shows the sheer neglect on part of the government funding bodies, various producers and organizations that have not bothered in restoring our own legacy. The state of Ritwik Ghatak’s films is in a poor condition too. In spite of the effort taken by his son through the Ritwik Memorial Trust, not everything is easy for the master even after his death. His collection of essays is now out-of-print, while the state of the negatives, for most of his movies, is abysmal.

The issue is an important call of reminder for the future generation of filmmakers, to always keep one step ahead in retaining a right and authority of your own master prints. This is important; take a pay cut, when you begin, or when you grow, but don’t lose a sight of your master prints, because the money could come and go, but the master print is like gold, and should be treated like a forex reserve for filmmakers.

We apologize for the delay of the second issue, and hope that you enjoy reading articles, in the course of writing which, have helped all of us in learning more about the man and his cinema. I sincerely hope we can do our bit in helping spreading the films of the master to the younger generation of cine goers across the world And I hope, that, in the coming future, we can work towards helping restoring his works and allow his soul to break free.

Unknown said…
nice blog and have lots of stuff here....