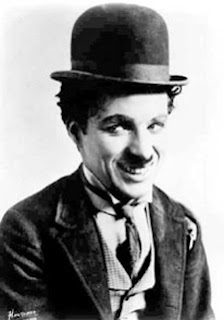 
It's hard to ignore this type of news, because it shows the lack of education on the part of fundamentalists who stopped a film crew/artists from shooting and installing a statue of Chaplin in Udupi Karnataka... Simply because:

""Chaplin is a Christian and his contribution to India is nil."

A couple of weeks back women in pubs and birthday party were a target now the insanity has gone further to Chaplin. It's high time, we the youth of India, awake and use our power to vote the right people in the right places in the upcoming general election.

The folks at Churmuri have started a petition:

“Today we have a shocking news in Times of India and Kannada prabha (of Indian express group). both the papers has reported that the fundamental organization activists has stopped film crew and artists who were working on 67 foot statue of charlie chaplin in Udupi, Karnataka. reason: chaplin is a christian.

Why we should succumb to these 'great dictators'?. lets save chaplin. Lets sign a petition. Lets voice our concern”

After pub-going women and lover couples, Charlie Chaplin has become the latest victim of saffron wrath in Karnataka, with a "Hindu" group objecting to installation of a statue of the famous Hollywood comedian in Kundapur taluk here on the grounds that he was a Christian.

Ever since the project to install the 67-ft statue at the Ottinene beach was launched by him, it was facing protests, Hemanth Hegde, director of Kannada Film "Houseful", told reporters today but refused to blame any particular group.

Some activists claiming to represent "a Hindu organisation" yesterday descended on the project site and halted the work. Read More

More on Times of India.

3) Issue no-2 slightly delayed due to technical reason.
Charlie Chaplin.