The Traits of Eisenstein's Montage 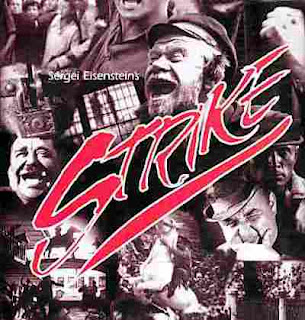 We're overwhelmed when one of our favourite auteur Buddhadeb Dasgupta left us a note on the article written by Supriya Suri on his three films:


" To read the wonderful articles you've written on three of my films! For a filmmaker,they greatest gift is to have an audience who understands, feels,identifies with his/her expression, rather the various aspects of his expressions!I must say your articles are very inspiring. Go ahead.

I had a silent suffering that serious writing on cinema have probably faded away from our country! When we started, there were writers who actually studied cinema and understood its nuances as wellas technicalities, most importantly loved cinema!These days its been more commercialised and shallow!Thank you for loving cinema and exploring it the way you did."


One of the core focuses of the website is to inform readers about different cinematic style, history of cinema and on the theory and application of film criticism. This is the sole reason for having a ‘Film Education’ section on the site.

A number of our readers might be confused or may not be aware about the theory or power of "montage". Hence this article from our group member Anya is an effort to throw some light on the topic of Montage using Einstein’s Strike as the model.

Those who haven’t seen the film (and I’m sure many haven’t) the article would provide a brief history about Einstein, cinema and the development of montage. So it can work as a stepping stone for watching his movies and also exploring the topic of montage further.

I have also added various links from ‘You Tube’ that is talked about in the article. So those who are not familiar with his works. It’s always best to check out the sequence and refer to the article.

The Traits of Eisenstein's Montage

Previous articles in his section:

Ben Goldstein said…
So cool that you were contacted by the man you were blogging about. He must have felt strongly that you sincerely appreciated his work. Very cool.
March 10, 2009 at 8:50 PM

nitesh said…
True Ben, it was really cool. And in a way it motivates you to work harder towards your understanding of the medium and towards life.
March 15, 2009 at 7:37 PM